I’m so happy that my article on knife crime is finally live! This is an issue that means a lot to me, as I love my fellow young people and I hate to see them wiping themselves out. 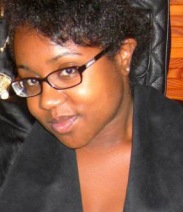 The latest, and probably the most serious, scandal to blight Croydon has been this year’s spate of youth stabbings. SHANIQUA BENJAMIN, pictured, investigates what is driving young people to carry weapons

Two teenagers stabbed in the Whitgift Centre.  A 12-year-old boy stabbed outside Tesco Express on Whitehorse Road.  An 18-year-old male found stabbed on Queens Road.  A 16-year-old stabbed in West Croydon and a 21-year-old man stabbed in Thornton Heath.

This site uses Akismet to reduce spam. Learn how your comment data is processed.